A Star Who Mows His Own Lawn! 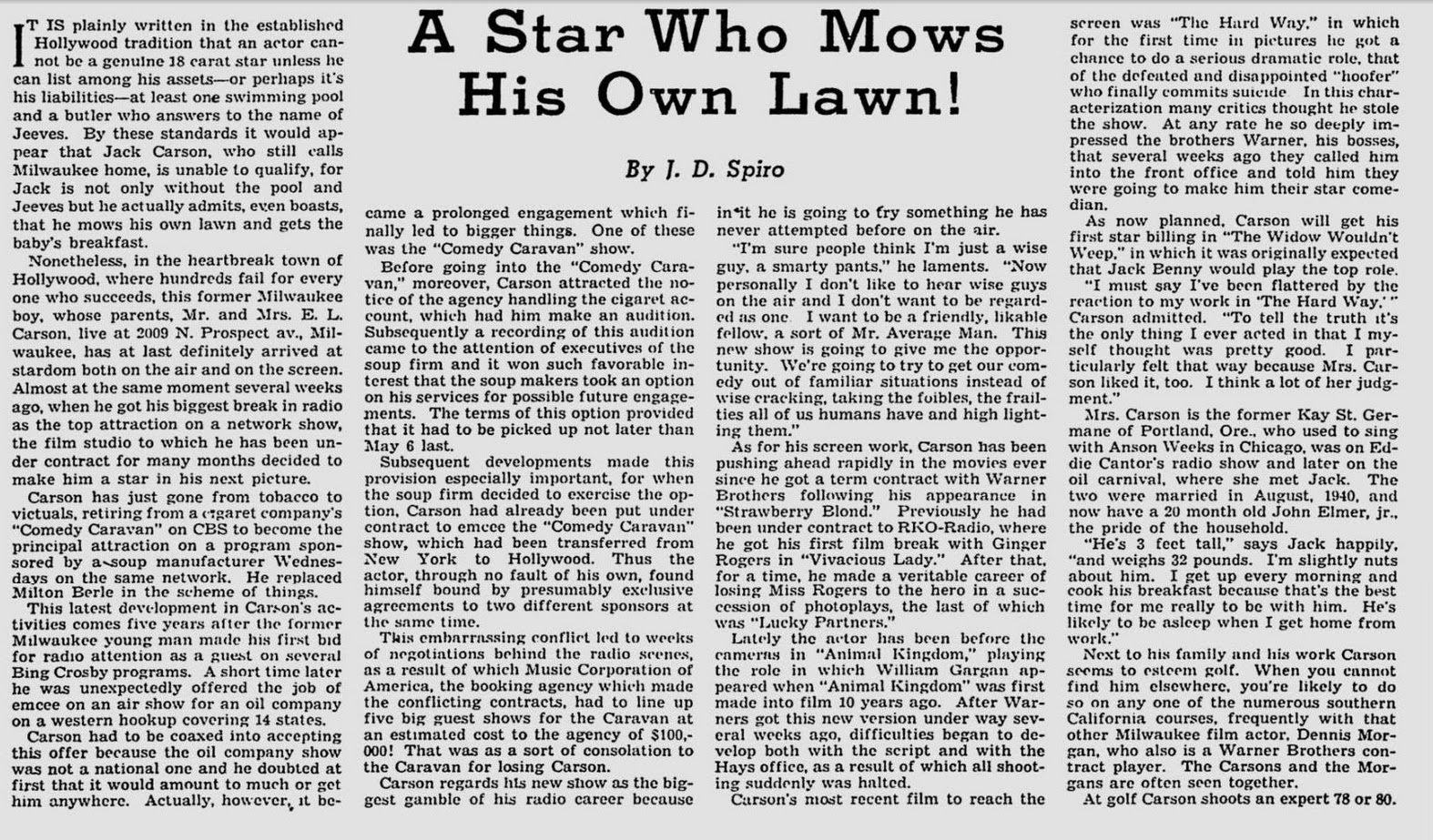 A Star Who Mows His Own Lawn!
By J. D. Spiro